Building a rock-solid surveillance camera system has become increasingly complex for a variety of reasons. Because of the need for modern camera systems to rely on the internet and local area networks, camera systems have grown beyond the simple Closed Circuit TV standard.

On the one hand, the technology has become less expensive and the features have become more robust. On the other hand, expertise in the field of networking has become most important when integrating the two types of surveillance systems- analog and IP. Analog cameras are an older technology and are less expensive. Often, you can get a higher quality image for less money. However, other equipment is required to view and record video. IP cameras, although they are more expensive, integrate with existing computer networks. This means that less cabling is involved. Many IP cameras come with a very robust set of features too and so using IP cameras is very convenient. But most professional systems integrate the two types of cameras into a single system in order to exploit the benefits of each technology. 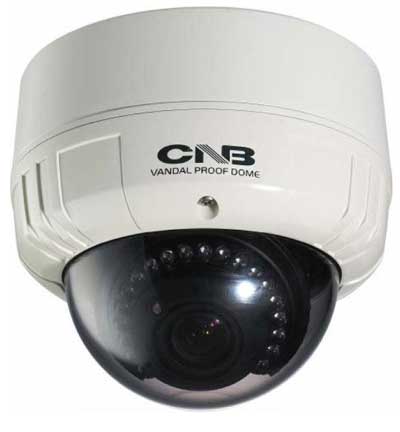 As an IP camera system grows, so too does the network that supports it. If it shares the same network that your data runs on, special accommodations must be made to allow for this kind of mixed traffic. Combined with VoIP (Voice over IP), it is absolutely crucial that extensive knowledge of networking be employed when developing this kind of scheme. Stafford Associates not only has the expertise but also the experience to develop exactly this kind of technological infrastructure to support a solid surveillance system. Between the cabling, the networking and the hardware and software configurations, Stafford Associates can build a custom surveillance system to meet the specific needs of any customer while also maintaining industry standards that are well established by banks and casinos.

Even analog security cameras have a large component that is now internet based. Most companies want access to these cameras through the internet. This kind of analog-to-digital conversion again requires the knowledge and expertise that can only be guaranteed by a company whose business is networking.

Did you know that in order to use captured video in court that it must be encrypted and certified by well established standards. Out-of-the-box solutions will not offer this kind of trusted video footage. It may be good enough to see the crime on video but it will not be allowed in court to prosecute and punish the criminal. In order obtain this kind of video from your camera system, special equipment must be purchased and configured so that it is trusted by the courts and other law enforcement agencies. Video surveillance used to be an industry within itself. Now, that industry has merged with computers and networking so that only a company like Stafford Associates whose emphasis rests on the entire skill set required to assemble a rock-solid video surveillance system can guarantee a sufficient video surveillance system.

View a case study on Security & Surveillance Camera Systems Integration You have IT needs. We can help.